Twitter is one of the most prominent social media platforms. It is a very powerful tool, making connecting with businesses, politicians, and other higher authorities easier. However, when posts are restricted without informing users, and a person’s true account status is hidden, their freedom of speech is violated.

The second installment of the “Twitter Files,” which exposed Twitter’s “secret blacklists,” was released early in December 2022.

Elon Musk, a wealthy businessman, vowed to make records of these backlists public shortly after he obtained control of the social media platform. These records would prove that, while the platform was owned and run by someone else, it suppressed freedom of speech. The documents were aptly named “The Twitter Files.”

“Visibility Filtering” was the term used to describe the shadow-banning technique, which unknowingly reduces users’ exposure. It is a way to manipulate what people see. Forget shadow-banning; Twitter had entire blacklists restricting the visibility of entire accounts.

Twitter employees said that the company amplifies and restricts posts quite a bit, and most people are unaware of the manipulation that happens behind the scenes. The social media platform has an entire team dedicated to this operation.

In addition to this team that managed ticket requests for Twitter accounts that may be violating the platform’s terms, such as someone whose posts encouraged online harassment, there is a secret group.

This team works to prevent disfavored tweets from being publically seen that may not have violated the company’s rules.

The “Site Integrity Policy, Policy Escalation Support,” or “SIP-PES,” team includes a number of prominent and contentious individuals, including:

These are the individuals behind the “Libs of TikTok” account being banned.

This group handles the most politically sensitive decisions.

Bari Weiss and Matt Taibbi, who are two independent journalists, obtained access to these files. The first part, which featured information that pertained to Twitter’s suppression of the Hunter Biden laptop incident, was released on December 2 by Taibbi on the social media platform.

Weiss said that a global escalation team of Twitter employees created their own blacklists restrict the visibility of certain accounts in the opening tweets of “The Twitter Files Part Two.”

The truth is that many mistakenly believe that visibility filtering is simply the act of restricting a user for several reasons. However, Twitter’s deeds were far worse.

There are compilations of entire groups of individuals that the social media platform has deemed unworthy of being followed. Weiss, who is a liberal ex-New York Times reporter, also indicated that politics also played a role in at least some of the operation.

People Whose Entire Accounts Were Banned

From medical providers to talk show hosts, Twitter banned a number of users for various reasons. Keep in mind that this happened after Twitter executives confirmed its site integrity policy and denied that any such blacklisting was taking place.

Among those that were banned was Dr. Jay Bhattacharya, a renowned professor at Stanford University. The journalist claims that Bhattacharya contended that COVID-19 lockdowns were incredibly harmful for young kids and that this was eventually proved to be accurate.

The professor was thus included in a “Trends Blacklist,” which limited the exposure of his tweets. In essence, Bhattacharya could never become popular for the information he shared because of the ban.

Weiss provided a photo of Twitter’s official reporting framework. A Twitter employee could choose from a variety of censoring options for each account. The flags “Trends Blacklist” and “Recent Abuse Strike” were applied to Bhattacharya’s account.

The journalist also disclosed that conservative activist Charlie Kirk had been added to a “Do Not Amplify” blacklist, as well as Dan Bongino, a conservative talk show host.

Moreover, the following tags were applied to Bongino’s account:

Chaya Raichik, the person behind the “Libs of TikTok” profile, was informed that she had breached the platform’s “hateful conduct” code after being banned, according to Weiss.

It appears that Twitter knew that she had not broken such a rule, according to an internal memo published by Weiss.

The committee said that her tweets promoted online harassment of “hospitals and medical personnel” by implying that gender-affirming medical treatment is similar to grooming or child abuse, according to Weiss. This was used to justify the committee’s internal decision to suspend her.

Contrast this with what transpired on November 21, 2022, the day Raichik was doxxed. She provided a picture of her house and address in a post with more than 10,000 likes.

According to Weiss, the tweet that allegedly “doxxed” Raichik is still active on the social media platform.

It seems that workers frequently broke the law to conceal profiles they considered to be problematic.

Weiss stated that this was not the end of the Twitter Files and that documents were not enough to prove what was happening behind the scenes. Currently, Twitter is working on a new software update to show users their true account status.

Understanding link building can be challenging for attorneys, but once they start to give more time to their link-building strategies, they may be able to…

By attorney Michael P. Ehline: Some lawyers have said their websites made a dramatic plunge down or amazingly went up in SERPS after Google’s new…

To begin with, arguing contracts or fraud in the inducement with a FindLaw attorney marketing or “ads” supervisor is not what I signed up for.… 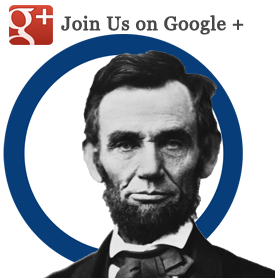 Over the past two years, the Democratic National Committee (DNC) has used its influence on social media companies to shape narratives and steer elections in…

No comments to show.