Did you develop a lung, skin condition, or other disease leading to cancer? Are your 100% disabled benefits not enough to handle this and other health problems? If you suffer from Agent Orange exposure, you need experienced and aggressive veteran law attorneys on your side, and Ehline Law Firm can help. Most of us know these chemicals and defoliants were used during the Vietnam police action to clear jungles of canopies near firebases and enemy military installations and hiding places.

It has killed, maimed a mutated a lot of people since it was banned later as a highly toxic carcinogen. In 1991 Congress said some health conditions were presumptively caused by Agent Orange. Still, it was not until now that families had substantial rights to pursue “presumptive” conditions under a tort scheme for illnesses.

Although a bill was recently passed that assists vets of Operation Iraqi Freedom, it was combined with other bills like the Sergeant Charles Harz law. If you were exposed and are in need of benefits, contact us at (833) LETS-SUE to get started or continue reading about this chemical and other blood-related illnesses occurring to veterans who served.

Many Vietnam veterans served in the 1960s and 1970s in Vietnam on aircraft that carried the herbicides, on Royal Thailand military bases, or in the DMZ (Korean Demilitarized Zone). They now suffer from various health problems, including cancer. Clients and their families are left to prove their wrongful death claims to the powers that be at Veteran’s Affairs. Good luck winning your appeal. Good luck getting VA doctors to testify on your behalf or getting any type of justice without the right lawyer or a hefty fee.

The VA (Department of Veterans Affairs) has come up with presumptive conditions that allegedly came from exposure to Agent Orange or other herbicide agents. Likewise, the VA assumes that veterans who came into contact with it did so in Thai Air Bases, the DMZ, and in Vietnam.

In most cases, veterans must show these things to prove VA disability compensation:

Under the presumptive conditions rules for herbicide agents, the VA might presume it’s an in-service injury or link a disability with in-service exposure for some veterans. Therefore, it’s much easier to prove the connection and receive compensation from the Veterans Administration.

However, veterans who don’t qualify for presumptions between Agent Orange and being in service may still get VA disability benefits. However, they must show evidence of a connection.

The VA can make various mistakes when it comes to Agent Orange exposure. These include:

Ehline Law Firm works with veterans in the Los Angeles area who have not received proper disability benefits after being exposed to Agent Orange in the field.

Which Vietnam Veterans Can Get Disability Compensation Because of a Presumptive Condition?

The US military used Agent Orange by the millions of gallons, spraying it over the Vietnam jungles and throughout the Korean DMZ. This led to a pattern of death and illness among those men who returned from service.

Though most military service personnel must prove the disability through diagnosis, the VA now presumes an Agent Orange disability for those who:

Which Disabilities Might be Eligible for the Presumptive Agent Orange Disability Compensation?

The VA presumes that some health problems, such as cancer, are connected to a veteran being exposed to Agent Orange during their military service. They include:

Do I Need Agent Orange Lawyers if I Have a Presumptive Disease?

Generally, if you have one of the diseases listed above, you can seek VA benefits without requiring Agent Orange lawyers. Even if you have numbness, a proven lawyer can help you through the process. However, those with a disability not on the list who were in the service during the Vietnam era may need to speak with an attorney to get assistance.

In some cases, children of Vietnam-era veterans may also be eligible under this important legislation. The veteran’s service connection must include Agent Orange usage, and the child must have one of many birth defects, such as spina bifida, larynx, trachea problems linked to this herbicide around the world. The presumption helps get you closer to compensation.

How Much Compensation Will You Get?

Once the service connection proves that there is an Agent Orange disability, the amount of tax-free and monthly payments the veteran gets depends on the specific condition and how much it affects their ability to earn money.

For example, those with Type 2 Diabetes will have to list whether they can treat it with a restricted diet, insulin injections, activity regulation, and more.

The effective date for disability compensation is often when the VA receives a claim that the agency will approve. However, there are special dates for Agent Orange.

For example, Nehmer’s effective dates are related to a special class-action lawsuit. Those who served in the inland waterways or in Vietnam could be entitled to more backpay if they filed claims based on exposure to herbicidal agents and were denied before these presumptive rules went into effect.

What Are the Dates?

If you filed a claim anywhere from September 25, 1985, to May 3, 1989, the effective date is either the date your disability or other birth defects arose or the date when the VA got the claim.

Are you interested in receiving compensation for a disease caused by Agent Orange? COLT can help military personnel who have certain diseases relating to Agent Orange used during the Vietnam War find a proper personal injury attorney for certain cancers and ailments causing nervous system damage or death. We can course chemical companies and liable parties liable for death or serious injury caused by agent orange exposure or other herbicides.

Agent Orange may have caused your medical conditions, and you deserve compensation. Please call our support staff at (833) LETS-SUE for a free consultation and work with caring, compassionate attorneys who will fight for you in or out of the jungle canopy. We can help veterans who served get paid for this and other health problems.

Understanding link building can be challenging for attorneys, but once they start to give more time to their link-building strategies, they may be able to…

To begin with, arguing contracts or fraud in the inducement with a FindLaw attorney marketing or “ads” supervisor is not what I signed up for.… 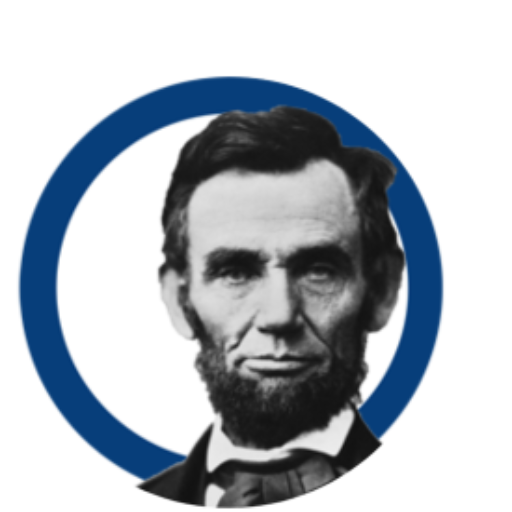 Typos and grammatical errors on websites are not unheard of, and we all find ourselves snickering away when we come across one. However, social media…

By attorney Michael P. Ehline: Some lawyers have said their websites made a dramatic plunge down or amazingly went up in SERPS after Google’s new…

No comments to show.